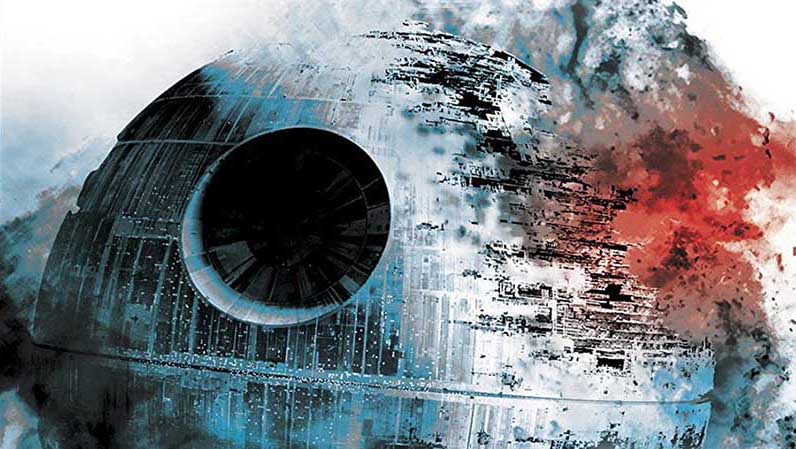 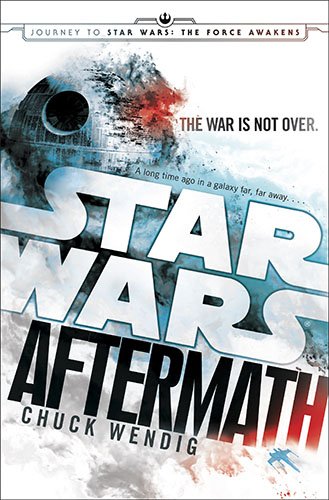 Alright guys & gals, time to review some Canon. This time, we’re going to take a closer look at the first book from The Aftermath trilogy – Star Wars: Aftermath, written by Chuck Wending and released in September 2015.

The book basically revolves around the events that took place after The Return of the Jedi and before The Force Awakens.

I have read lots of Star Wars books, most of the from The Legends and most of them were entertaining & enjoyable. Some had excellent plot twists, others were quite boring and unlikely to happen. But every one of them had this ‘Star Wars’ touch and feeling.

I’m afraid that Aftermath is missing this touch.

The Length & The Story

First of all, it covers nearly 30 years of events in 410 pages. Now that is something to think about even for the biggest optimists out there. When I found that it is basically separated into a few parts (three bigger parts) I thought – okay, well I guess each part is a summary for every couple of years, right? Well, no. The story of the first two parts feels like a slow-motion. But when you are through with two thirds of the book, you kind of want to finish it.

If you expect the book to be about the Jedi and their legacy after ROTJ, prepare to be disappointed. The book offers very little on this topic and rather focuses on a rag-tag group of characters.

To be honest, there are 2-3 characters that are worth ‘listening to’. Others feel extremely shallow and uninteresting – like NPCs in an online game – you want to talk to them only if they have something for sale or can offer you any progress with your questline.

Besides that, author seemed to want to fill this emptiness with metaphors and unnecessary humor. I mean, who doesn’t like Han Solo’s skepticism, right? But if you were to read it on every other page, it kind of loses its magic.

Another thing worth mentioning is characters’ obviousness and shallowness. We all know that Admiral Ackbar is known to detect traps, but he can do a lot of other things as well, right? Like commanding a fleet for example. Well, author of the book obviously does not think so. Also, I find it funny that a veteran combat pilot of the Rebel Alliance does not know that a TIE fighter has an ejector. For real.

If I were to command a flagship or even a small freighter, I would definitely want Norra sitting next to me. Sitting in a cockpit of a TIE fighter that explodes does not seem to have any effect on her life.

Oh yes, did I mention that actually happened twice?

Now the part that I found the most troubling. I find myself enjoying a cup of coffee in the morning and occasionally a glass of Scotch whisky in the evening. If I were in the Star Wars universe, I would be enjoying a cup of caf and a Corellian brandy.

Author does not seem to understand this difference, which is extremely important in the Star Wars universe, in my opinion.

Author has supposedly written Aftermath in under two months. Let me tell you that it certainly feels that way. Since this was supposed to be a Canon breakthrough, one would think that a lot more effort would be put into it. At certain points of the book, you’d say that Author does not even like Star Wars.

My suggestion: If you are new in the Star Wars universe, don’t let this be your first book to read.

I would give 1 out of 5 stars, the extra half the point is for the blazing speed it was written in.