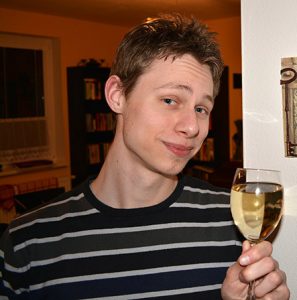 I don’t remember the exact date when I became a Star Wars fan, but it was in 1998 (I was 7) when I first heard about something called Star Wars.

Star Wars Episode I was about to be released in theaters.

During a Sunday lunch (I’m not sure why I remember that it was on Sunday, but I do), my father had told me there are actually three Star Wars movies already out – Episode IV, V, VI.

We had them on VHS tapes and decided to watch them together, along with my brother.

After watching Episode IV, I immediately fell in love with the franchise.

Darth Vader, lightsabers, stormtroopers, Millennium Falcon, you name it.  Darth Vader was definitely the most interesting character to me. He was respected, fearless, angry, hateful and mysterious.

When I watched Episode V, I wasn’t actually surprised that Vader is Luke’s father, because my father had spoiled me that particular fact during the Sunday lunch -_-” .

Once we were done with the Episode VI, I couldn’t wait to see Episode I and learn more about the Star Wars universe.

But it wasn’t until 2016 when I decided to launch a Star Wars blog, which I made reality in summer 2017.

Now here we are, at StarWarsBooks.org where you can read practically anything about Star Wars and also share your own insights.

Hope you stick around for a while and find something interesting that will bring you closer to the wonderful Star Wars universe. 🙂

All the best,
Pavol